Mo GPU? Mo problem, as long as you have a YARN cluster and good sense of what the entire thing is going on.

When sys team is a burden,

Recently I have been doing some revision on Data Science as I have gotten bored from Big Data. When one relearns, one would understand the subject from a different perspective. Following is my short note.

Problem: You have some fancy packages that the cluster didn’t have in their default settings. You could ask the sys team to install them however you need to consider if those packages are commonly used throughout the cluster’s users? If not, this could be a burden to the cluster and hence there will be a reduction in cluster’s performance. Cumulatively, this could mountain to a big resource hog. We could avoid that by sending our environment on-demand which would only be kept for that single application. The environment will be discarded once the Spark application get terminated, successfully and unsuccessfully. In the case of jars, all the dependencies have already been packaged so there’ll never be such kind of problem. This only occurs in PySpark.

RNN is a marriage of Neural Network(NN) and Hidden Markov Model (HMM). I did not learn about RNN but only NN and HMM back in college but it is quite easy to understand with the background knowledge of NN and HMM. I am learning RNN through Natural Language Processing (NLP) problem.

Firstly, I have modularized my Neural Network code from the previous post such that I only have to provide a Layer class with input, output, error and gradient definition

In NLP, it is common to use Softmax standardization and Cross Entropy (CE) loss function. Softmax standardization basically turns values into probabilities and CE measures the difference between 2 vectors, i.e.: In our case labels and probabilities. With values turned into probabilities through Softmax, we could understand better the magnitude of the distance. An optimal model could be identified using Maximum Likelihood. Maximum Likelihood involves multiplications and could run into numerical stability problem when there are a lot of values to multiply with. Hence, Log Likelihood would be the better alternative. Since CE penalizes misclassifications better than Squared Error (SE) due underlying definition, CE is used instead of SE. Referring to the previous post, CE hence will be SE whereas Softmax would be a function between “gate” and output of the unit. 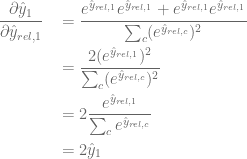 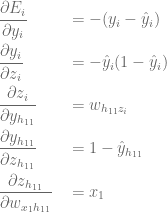 This is a simplified version of problem faced by logistics company.

Problem: Given there are # dispatchers and # of locations for delivery, optimize the paths for each dispatcher.

Linear Programming. Computing adjacency matrices for all dispatcher in a single run is very expensive and slow. One could adopt divide and conquer strategy for scalability. For example, during the first iteration, set number of dispatcher to 1 to get overall shortest path, then cut it into 2 and rerun the optimizer for each of the parts. More constraints can be introduced to set the minimum and maximum work to be carried out by each of the dispatcher.

Azkaban is pipe-lining system with scheduling capability, a good substitute for cron as it provides typical manger’s functionalities, e.g.: monitoring, rerun, visualization and so on.

Due to the lack of example, user and vague documentation, it is not easy to setup Azkaban in non-standalone mode. However I was lucky. Albeit I was English educated, my Chinese is not at all bad. I have managed to find critical information in one of the Chinese blogs which is not available elsewhere. Long story short, please take note of following the followings should you want to install it as well.

You can thank me later.

In case of SSL, if you are not familiar already:

So, I was trying to setup web server for Azkaban in order to automate or streamline job submission, and it requires a MySQL DB for user authentication process (http://azkaban.github.io/azkaban/docs/latest/#database-setup). Again, as an untrusted employee like many others, I do not have sudo access and that’s causing a lot of pain. Between waiting for System Admins for a few working days and finding out about non-root setup myself, I chose the latter and it was rewarding! Now I no longer need others for MySQL setup ever again.

Ta-Da! You get to interact with Sys. Admin less now = More productivity!

I have had experience with several schedulers. Luigi, Azkaban, Airflow and Chronos and I would like to share a few screenshots of them here.